Perfect Strangers, A Memoir of the Swinging 70’s

“There is a certain intense excitement at being alone in a room with a perfect stranger, with nothing between you but sex.”

A true story of starting over and sexual exploration, [my memoir] set in San Francisco. 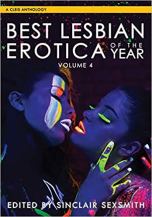 A woman reevaluates her gender orientation after a passionate encounter with another woman.

“If I ask nicely and with no disrespect intended, will you agree to not wear panties when we meet for lunch tomorrow?”

A senior gentleman meets a woman of her word.

“You’ve arranged an unusual gift for my birthday,”I repeated. “What can it be?””In a rush to find out , aren’t you?” Kent teased. “Allow me at least a minute to prolong the suspense.”

A beloved wife relieves a priceless gift for her sixtieth birthday.

“Please, Richard, tell me you’re not serious,” I say, when he shows me the plug he has in mind. “That thing is enormous. It’s not going to fit in my ass.
“Really, Kira, he asks asks, with that crooked grin of his, “that remains to be seen, doesn’t it?”

A submissive woman realizes she never go wrong by trusting her top.

“And in this finite, potential-filled moment of attraction, my everyday life is forgotten — adult children , successful art gallery, and feminist persona. I’m simply Claire; plaint, yielding, ultra-female. I go to him in a trance, head high, hips swaying — drawn like an iron filing to a magnet, or a prey animal to a predator.”

A submissive embraces the depth of her nature.

“Don (short for Donna) was a tall butch in her late fifties, small breasted and narrow hipped, with strong muscular arms. She met us at the door wearing a wife-beater undershirt and black exercise pants.”

A straight woman discovers a bisexual side she wasn’t aware she had.

Love Sling, FOR THE MEN: And The Women Who Love Them

I’m the first one to admit it, I’m a pushover for a clever sex toy.

“Do you remember the fantasy you whispered in my ear one night in the playroom?” Sir inquires, “The one where you’re made to serve two Dominant men — in every way?”

“But Duncan, look,” I protested holding up the corset, There are no cups for my breasts. They’ll be naked.”
“You’re right, Geri, What an oversight,”he agreed, “Let’s put it on and see how you look.”

A single woman gambles on achieving orgasm with a new lover.

“He circled the sling silently, like a one man wolf pack, inspecting me from all angles while slapping the paddle lightly against his palm.”

A dominant husband with a penchant for punctuality, and a submissive wife with a propensity for lateness, results in a timely correction.

“Something about the woman in the blue merry widow and matching slave collar caught my attention. I liked the way her panties fit over her pubic mound, and the sleek look of her long dancer’s legs, in black thigh-high stockings and four inch heels.”

“I wore a knee-length, low-cut black dress with tiny rhinestone buttons — and the black crotchless panty hose  Dave bought for me when we were in Paris, years ago. What fun we had trying them out in our hotel room. We were up half the night.”

A sixty-seven-year-old submissive wife prepares for a playroom date with her seventy-year-old husband and Dom.

Adventure at the Casa Cervantes Hotel, The Mammoth Book of Quick and Dirty Erotica

“When I was ready I led both men to the bed. They were trembling with excitement, their cocks swollen, their balls drawn tight.”

“Ice skates, Sir? You’re going to suspend me from ice skates? I asked.

A submissive is suspended and made to come screaming, upside down.

“Our eyes meet and lock. We smile at my impatience. Not the best of traits in a submissive wife. I’ve taken more than a few whippings for that.”

A submissive woman reflects on her impatient nature, while waiting for her dominant lover to go down on her.

“I could feel the plaster beginning to dry, growing tighter and more restrictive the drier it got. Jerry continued playing with me, and in some way I didn’t understand, the restriction heightened my excitement.”